Chris Erskine, my favorite humor columnist and L.A. resident wordsmith, writes The L.A. Time’s  The Middle Ages. I have been following his clever, delightful, hilarious articles for years.

His Saturday pieces about himself and his family have always left me in stitches and inspired me as a parent and a writer. So when I came across his piece on his coffee and twitter addictions – great minds think alike! –  I retweeted it from my cell phone, after I carefully, lovingly, and with the utmost deference, crafted a clever title.

Which he then retweeted. 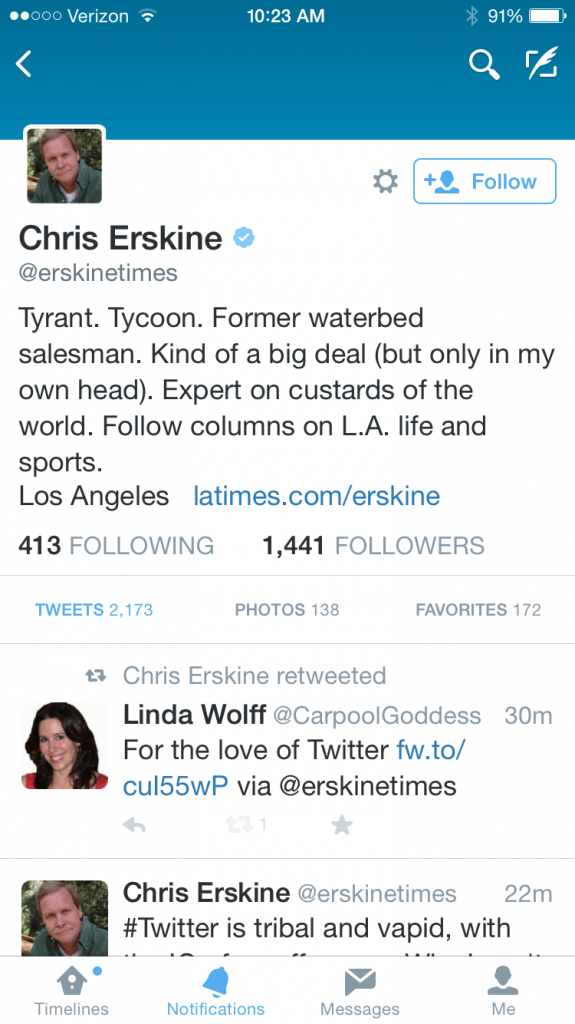 I am in Twitter heaven. It. Doesn’t. Get. Better. Than. This.

To which I then tweeted this and began making a complete fool of myself.
But whatever. 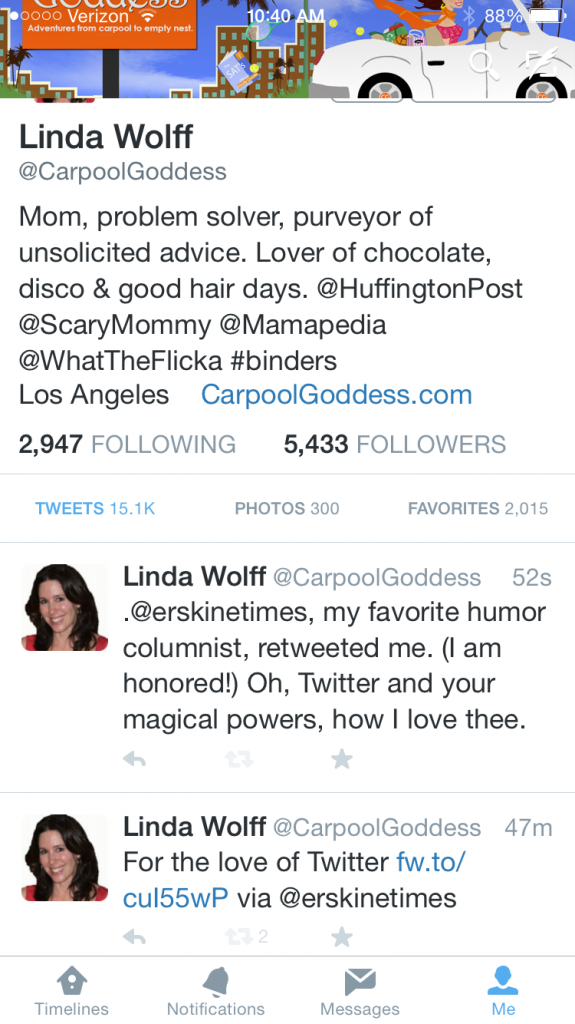 And then he followed ME. To which I followed HIM.