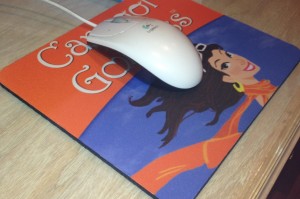 The five days I didn’t have internet access at home were painful and strangely wonderful – just not at the same time.

It all started one morning when I went to my desk, coffee in hand, as I always do, to start my day. A few clicks and nothing. No bars. No Safari. Nothing.

Hence, several frustrating hours with our DSL carrier: automated service -holding –  a technician I couldn’t understand – holding again – testing the line over the phone – more holding – getting disconnected – only to start the whole hair pulling process over again, and so on. Several hours later it was discovered the root of our problem seemed to be a faulty modem, but not to worry, they would overnight it to us. Hallelujah.

Two days pass and no modem. Panic set in. How will I survive another day without internet? Email? Facebook? Pinterest? And, heaven forbid, Twitter? Thankfully, my cell phone had internet, but it was an old model BlackBerry and I nearly went blind from reading the tiny screen. (Just so you know, I’ve since updated to an iPhone.)

Desperate, I called my DSL carrier – AGAIN. The technician couldn’t have been more pleasant, apologizing robotically with the same line over and over again. “Please” I begged, “no need to apologize, just bring me back my internet. And hurry!”

So I did what anybody would do desperate for Wi-Fi. I went to the nearest Starbucks. The only problem is I like to work in a place that’s quiet and private, like home. Somewhere I can be in my pajamas (but I tell you people it’s yoga pants), somewhere I can have my hair piled on top of my head and my funky reading glasses on with nary a stitch of makeup. I can’t be caught dead like this. Even in desperate times vanity rears it’s well coiffed head. 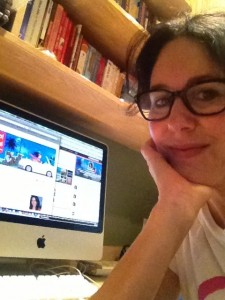 Thus, I settled on the Starbucks parking lot in a nice shady spot close enough to the building to still be hooked up to Wi-Fi. Not as comfortable as home and way more awkward. I worried people were looking at me like I was crazy, setting up office in the parking lot. The baristas took out the trash, tilted their head, and slowly nodded. “Oh, to heck with this” I said to myself and drove home where I could live like the Amish.

I began to wonder what on earth I did before the internet? Then I got busy. Here are the things I got done instead: I wrote this post, cleaned out cupboards and drawers and closets and dropped off  discarded items to various charities. I returned gifts, organized notes for my blog, set up files, cleaned off my desk, went to the car wash, called friends, found some new recipes to dog-ear but will never try, and so on. I felt freer than I had in a long time.

It was at that point I realized I desperately needed to manage my time better. The internet had become a huge distraction and alluring enough that I could waste away hours in front of a screen instead of living, or writing, or whatever. This break was a blessing in disguise.

On the fifth day of my new found freedom, the modem arrived. I considered not opening the box, but at the time I still had a teenager living in the house – so I caved. I’m embarrassed to admit, within a week or so, I was back to my old tricks. Maybe I should pray for a power outage.

How do you survive when your internet is down?