If you think freshman drop off was hard, think again. All those Bed, Bath & Beyond runs and pillow fluffing were child’s play. That’s right, the big shebang isn’t at drop off, it comes later. At least four years later. When their comings and goings don’t lead them back home again, but to jobs and apartments of their own, and to the “real world” that is waiting for them… 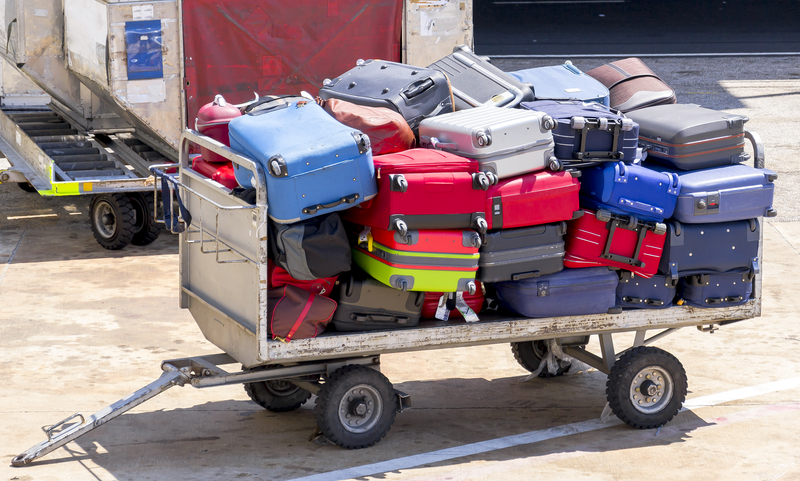 Freshman Year Is Not The Real Goodbye

The day that we dreamed of, looked forward to, and planned for since, well, birth, is here. Our youngest began her senior year of college and graduation is on our minds. Bursting with pride as our daughter stood in our doorway at the crack of dawn, surrounded by a mountain of suitcases, I went in with a big hug and said, “You’ve got this girlfriend!” and added a silent cheer as she and her dad drove out the driveway. After three years of seeing her off, it’s getting easier.

Moving herself in and out of dorms and apartments 3000 miles away, for the last three years, she hauls her stuff like a pro. With the amount of shoes she carted you’d think she’d need a crane. (Delta baggage rules be damned.) After living on her own and negotiating the hustle and bustle of NYC this past summer, she has gained an independence and worldliness that is inspiring. Get ready world, this beauty is graduating college next spring.

But what exactly does senior year feel like or mean to them? While proud parents are making hotel reservations, smiling at the thought of graduation celebrations, and possibly thrilled at not having to pay tuition ever again, our students are wondering what they’re going to do the rest of their lives, especially, if they’re not one of lucky chosen few already committed to a job offer or have their mind-set on graduate school.

For twenty some years, our students  – yours, and mine – knew exactly what was expected of them pretty much every single day, of every week, of every month, of every year. They had their routine. They knew from about August through May they were in school. Then came the sweet freedom – summer!

All that’s going to change once they cross the stage, receive their diploma, and slide their tassel to the other side of their cap. Living by the school calendar will be but a memory. Buh bye quarter breaks, semester breaks, and spring break. No more: School, summer, repeat. Hello, real world. It took me almost a year to realize –  once I became an empty nester – that I no longer had to rush home by 3pm to greet my kids bursting in the door.

For parents, summers and holidays are teasers. We hold our kids close and then they slip through our fingers again. Our daughter was lucky to have a fabulous internship, and by fabulous I mean she was getting paid to work and live in NYC near many of her friends. In fact, she had such an incredible time this summer, that she declared NYC to be her new home after she graduates college next year. I’m not surprised. I wanted the same thing for myself when I was her age.

Lucky for us, our eldest recently moved back home to Los Angeles to complete his law degree. For the last five years, home was where he came during holiday breaks and summers. But now that he is ready to make L.A. his home again, he wants his own space, and rightfully so.

He’s starting the hunt for an apartment, but I’m not going to lie, I love having him home again in his cozy forest green bedroom that he’s been sleeping, studying, and playing in since he was a little boy. I’m in no rush for him to leave this time, because, let’s face it –  this is it. This is the last time he’ll live in our family home. But, now that he’s living under our roof again it feels like old times, and I’m getting spoiled. Halloween is coming soon and I’m almost tempted to decorate. Old habits die hard.

You would think that we’d be used to our son living away, since his college was thousands of miles away. But it doesn’t take much to get used to having a child back under our roof. And even though I’m constantly running to the grocery store and struggling to resist the urge to not smother him with mothering him at 24 – having an adult “child” in the house brings its own unique chaos and it feels great. Honestly, I’d tuck him in if he’d let me. So far, I’m getting an emphatic “No.”

I’m constantly checking my cell phone for texts letting me know if they’re running late or deciding to grab a bite with friends. When they’re out until the wee hours of the morning –  because that’s what most 20-somethings do, I turn into my father, pacing the hallway or sleeping with one eye open, if at all, waiting and worrying until I hear the key in the front door. Then I pretend I’m sleeping, so they don’t think I’m that mom. I’m fooling no one.

From the day they began freshman year in college, I didn’t know what time they rolled in, if at all, or with whom, so I had no choice but to sleep like a well-fed baby. Ignorance is delicious sweet bliss. So when my oldest declared he loves us but would like his own place, I agreed. After all, I need my sanity, and my sleep. And at 24, he needs his privacy.

This will feel strange with him living so close to home, yet not under our roof. I used to be able to trick myself into thinking going away to college was like going to sleep-away-camp. It’s only temporarily, I told myself.

His new home will not be ours, though he is always welcome in our home. It’s not like we’re going to take his key or parking spot away anytime soon, but, he’ll just be visiting. Where he rests his head after a long day won’t be down the hall from us anymore, ever again, and my daughter’s path isn’t far behind.

Kids come home for holidays and summers, with the promise of home cooked meals, family fun time, and unlimited laundry service. But after college graduation? All bets are off. Everything changes, again. Sure, they might come home for a year or two, to work or go to grad school, but you both know the clock is ticking. This time when they leave, it has the familiar feeling of the first time you helped pack them up for college, which in hindsight you now know was like “playing house,” but this is the final cut. The door may close softly, but it’s echo lives on.

I remember when I moved out of my parent’s house. I was thrilled and excited about my new freedom and independence. I had been practically planning that day since I got my training wheels off. My kids? Not so much. They enjoyed staying close to home and needed a gentle nudge to leave.

My kids are young adults now. Making choices that are all their own, some I agree with, some just make me scratch my head, but it’s their life, not mine and I have to let them find their way, and remind myself, constantly, that my way isn’t the only way. I’m sure my parents pulled their hair out over decisions I made too, and I seem to have turned out fine.

I can’t help but walk down this path and feel like I’m joining the well-worn path of parents before me. I’m getting older. I have no babies at home anymore. This is the space before the next phase of my life, the golden years, between having grandchildren and breaking a hip. After graduations will be weddings and anniversaries and little kiddie birthday parties. This is just the beginning. The circle of life that Simba learns of in Lion King. And I wouldn’t have it any other way.

(This originally appeared on Grown & Flown.)