I’m not just another ordinary Tooth Fairy. I don’t just slip cash under kids’ pillows. I also pull teeth. My kids’ teeth and even their friends’ teeth. Moms love this, as I save them a small fortune in dentist bills.

I come from a long line of tooth pulling Tooth Fairies. And I can say with great pride, my mother taught me everything I needed to know. She was a big fan of tying one end of a string around my tooth and the other end around a doorknob, which my brother would then slam, while my sister stood and watched. It never really worked, because I would run towards the door. So, she would move on to something less sadistic, like pliers.

I never realized the profound affect that had on me, until I had children of my own, and found I couldn’t wait to pull out their wiggly baby teeth. But, instead of using pliers to loosen or grasp, I used gauze and tweezers. I’d like to think that I really perfected the technique and took it to a whole new level. I had a high success rate. 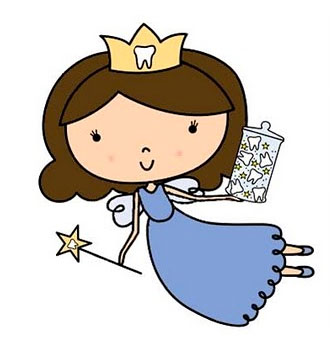 I retired several years ago, but back in the day a shiny tooth that wiggled itself out with the push of a tongue would be worth $1. A visit to the dentist and a nasty shot of Novocain, earned $5 and an iced decaf mochachino. As my kids got older, they figured out I was the Tooth Fairy (against my bitter protests), but went along with it anyway. They liked the cash.

1. Get a bucket for the blood (Just kidding! Though it’s kind of fun to see the kid’s faces when I say this). An old towel to drape around their neck works just fine.

2. If you’re doing this over the sink, CLOSE the drain! We learned this the hard way. It was my first time pulling, and when I saw blood, I flung the tooth, which ricocheted off the edge of the sink and the slippery sucker slithered down the drain. Cut to screams and cries, of “How will the tooth fairy know to come to my bed tonight!” “Ugh. Don’t worry, she’ll know” tooth fairy mumbled.

3. Cotton balls, or better yet, extra cotton rolls from the dentist. I used to stock up on these for my thriving practice.

4. Most of all, nothing hot or crunchy for at least an hour, or it might bleed again.

5. Finish with hugs and kisses.

1. Must be done stealthily. Slip the money under the pillow while you tuck them into bed. The slip of one hand, while you deliver a hug with the other, works every time.

2. But just in case you forget (Tooth Fairies aren’t perfect) and your child is hysterical upon awakening when he realizes the Tooth Fairy didn’t deliver, tell him to search under the bed (“just in case it dropped”), while you offer to get a “flashlight” (quick dash for cash). Then sneak it under the covers while he’s hunting for money and cheer, “I found it sleepyhead!”

3. Preserve the myth at all times!