I had a colonoscopy this morning. Yes, I am writing this in a semi-twilight induced haze, but don’t worry, I will spare you the unsavory details, but it did make trying to come up with an appropriate title a struggle. (Possible titles: Thunder From Down Under and Let The Good Times Roll, didn’t seem quite right, nor did I’ve Never Been So Thankful For Charmin Extra-Soft.) 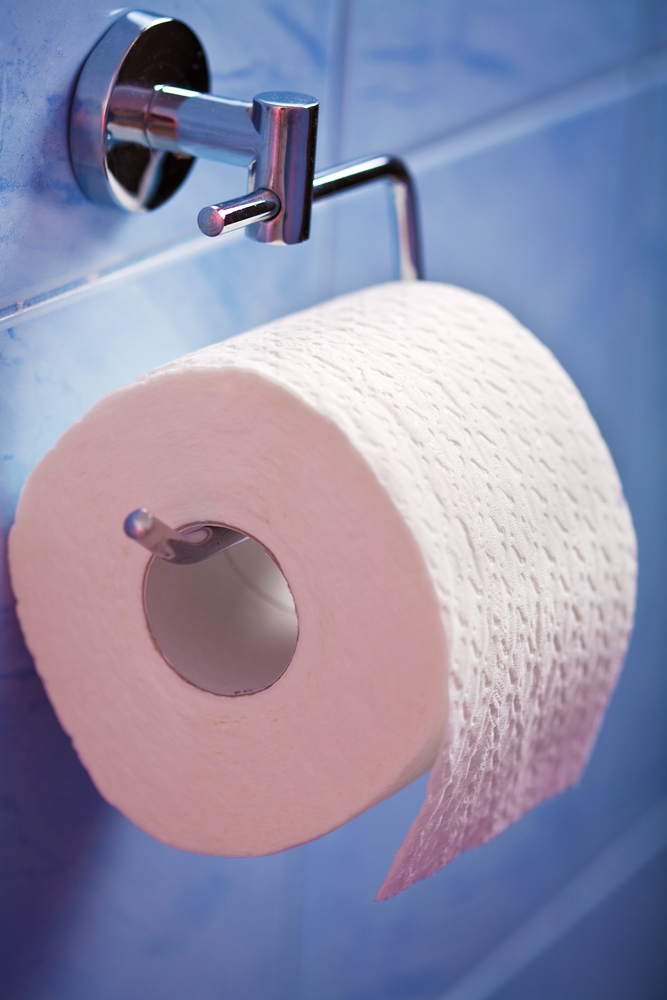 But, let’s get down to business.

This was not my first time at the rodeo, so I knew what to expect. The day of colonoscopy-prep is by far worse than the procedure itself. It is no less than torture. I endured drinking the gag-inducing Suprep, aka Liquid Dynamite, that they mercilessly (HA!) split into two portions, because, I kept reminding myself, it could save my life.

And I drank every last drop, slamming it back like Rocky getting ready for the fight of his life, and cursing the day I was born because that stuff is just nasty. I wanted my colon to be so clean they could see into tomorrow, leaving no part of my large intestine or any rouge polyp unchecked. 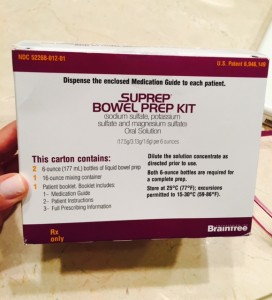 The putrid liquid is like licking the bottom of an old tropical fish tank with a splash of Robitussin to mask the taste. It fails. As my family eats my favorite Chinese take-out Moo Shu Chicken downstairs, I think this is what hell must be like.

Those 24 hours without solid food made me think of nothing but solid food. I was allowed nothing red, blue, or creamy, only clear food and liquids, like jello and juice and ice pops and chicken broth. I’m up to here in chicken broth. (Hand pointing to my shriveled neck.) And, the toddler in me never thought I’d say this, but I never want to see apple juice again.

Once this foul preparation has been taken you cannot leave the house, so plan your day accordingly. I did, however, manage to dash out before it was time to guzzle the “Liquid Drano” and before the dizzy spells from hunger kicked in, for a quick blow-dry and manicure, because nothing says comfort like a little pre-colonoscopy pampering. Besides, as long as I’m going to feel retched and disgusting, I might as well feel pretty. Though I’m certain they’ll be focused on my other end. 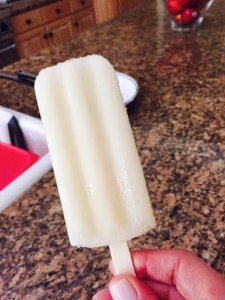 I kept myself busy to take my mind off starvation. I spent the entire morning paying bills, answering emails, cleaning out drawers, and watching hours and hours of scarf-tying tutorials on YouTube, of which I don’t remember a thing.

I know many people are afraid of having a colonoscopy. Fearing what the doctor might find or, worse–never waking from the anesthesia. I get that, I really do. No one likes getting poked and prodded in their nether regions while a room full of people are watching, or drugged and put to sleep. But, to me, all vanity slips away when your life is at stake. Many people put off having the exam, believing that no symptoms equals a healthy colon, only to find out they had cancer.

Experts recommend men and women begin testing for colon cancer at age 50, earlier for those with a prior or family history of colorectal cancer or polyps. According to the American Cancer Society, “Colorectal cancer is the third leading cause of cancer-related deaths in the United States when men and women are considered separately, and the second leading cause when both sexes are combined. It is expected to cause about 49,190 deaths during 2016.”

So I choose to be proactive even when it scares me, even when I don’t want to be brave. And force myself to sip, what humorist Dave Barry calls a “nuclear laxative,”  knowing this test could save my life. Eventually, whatever goes in, comes out like, well, you can imagine. As I said, pure hell. Not even online shopping could boost my mood. 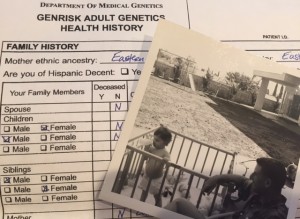 But it’s a hell worth going through. My mother is a colon cancer survivor and my father died young from pancreatic cancer. I have been proactive about getting checked for both, feeling like I’m dodging genetic bullets. The BRCA test, mostly known for showing the genetic link for ovarian and breast cancer, is also a marker for pancreatic cancer. The two months I waited for results -thankfully negative- felt like forever.

Before you know it, it’s time for the procedure and, more than likely, you’re so drained (no pun intended) that a nice little nap sounds good. The procedure itself is quick and painless. Afterwards I feel as light as a feather and well rested. There is a little bloat, but I feel that way after Chinese food too.

My biggest fear is waking up in the recovery room facing a forlorn husband who has just heard bad news, so you can imagine my relief when the procedure was over and the doctor assured me everything was fine. And, if I were to find out a less the ideal prognosis, then well, at least I have given myself a fighting chance to do something about it. I’ve never been one to believe ignorance is bliss, unless I’m ordering dessert.

So, I go into these procedures, scared and, of course, fearing the worst, because I’m nothing if not prepared. But, I figure I’ve got a good chance of survival by putting myself in the very best hands before there seems to be any issues. Just because I come from a genetic minefield doesn’t mean I have to live in one. Neither do you.