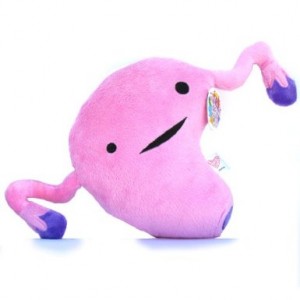 If only mine had been this cuddly. Amazon.com

They say you never really appreciate something until it’s gone, and well…I miss you. Sort of. It’s complicated.

It’s been almost three years, and I never gave you the proper goodbye you deserved. Yes, we had our disagreements. Clearly we had our struggles. But we also had history. And, twice, yes twice, we made beautiful music together.

But, it’s time for some closure.

I first came to “know” you about thirty-six years ago. You introduced yourself to me right before my first boy/girl party – and showed me who’s boss ever since. You were rough on me in a sucker-punch kind of way. Ah, the tricks you played. And in exchange I cursed you and medicated you unmercifully. I thought you had it coming. I am ashamed.

Of course, at the time, I was just thinking about myself and what a royal pain you were (literally), and not the amazing vessel of life that you were going to prove to be. I took for granted how you would change my life forever. For the better. Helping to carry, nurture, and bring my two beautiful children into this world.

And then…you seriously kicked my butt. You went wild and unpredictable on me. Like an annoying neighbor who shows up unannounced and then never leaves.

So we had to have an intervention. I didn’t really want to do it, but you were no longer good for me, and everyone who saw you said it was time. I was scared to let you go, but part of me knew it was time to go our separate ways. It got ugly. Knives were involved…that’s all I’m gonna say. 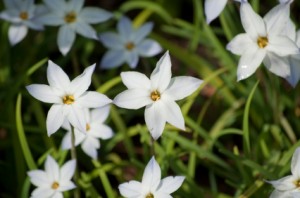 I cried for days when I realized the finality and significance of what I was doing. I thought we were to be together for all eternity. I could literally hear a door slam on one of the most beautiful and fulfilling periods of my life – my childbearing years. That part of my life was over. Kaput. And I was sad.

I had no idea how much my identity was tied to you or the wave of emotion I would feel after you were gone. I felt empty beyond measure (no pun intended). It was as if that primal part of me that made me a woman and whole was gone. I wondered, did all women feel that way?

After asking around, I learned many women are thrilled to be rid of “Aunt Flo” and her “friends,” but not me. I don’t like parting with anything. (Which reminds me of a closet that needs cleaning, but that’s a different story.) My mother had her lady organs removed at 39 (yes, that’s what they did in those days!) and never looked back. Looking back was all I was doing.

As my dear mother always said, “This too shall pass,” and she was right. Thankfully, after several months, my body healing, my surging hormones stabilizing (I finally stopped crying during commercials with babies and puppies!), and going back into living life full-swing, I began feeling like myself again. Without any missing parts. Without U.

So I say goodbye, adios, adieu. Thank you for all you’ve given me. Your memory will always be a blessing.

Are you missing a few parts too? Please share, I would love to hear your story.