When I was in high school I realized my afternoon dance-a-thons in front of a full-length mirror in my bedroom weren’t keeping me in the girlish shape of my prepubescent youth. Refusing to give up cafeteria glazed donuts, I needed a plan.

So I started running.

In the 1980s we called it jogging. Use the word ‘jog’ today and it automatically ages you several decades. 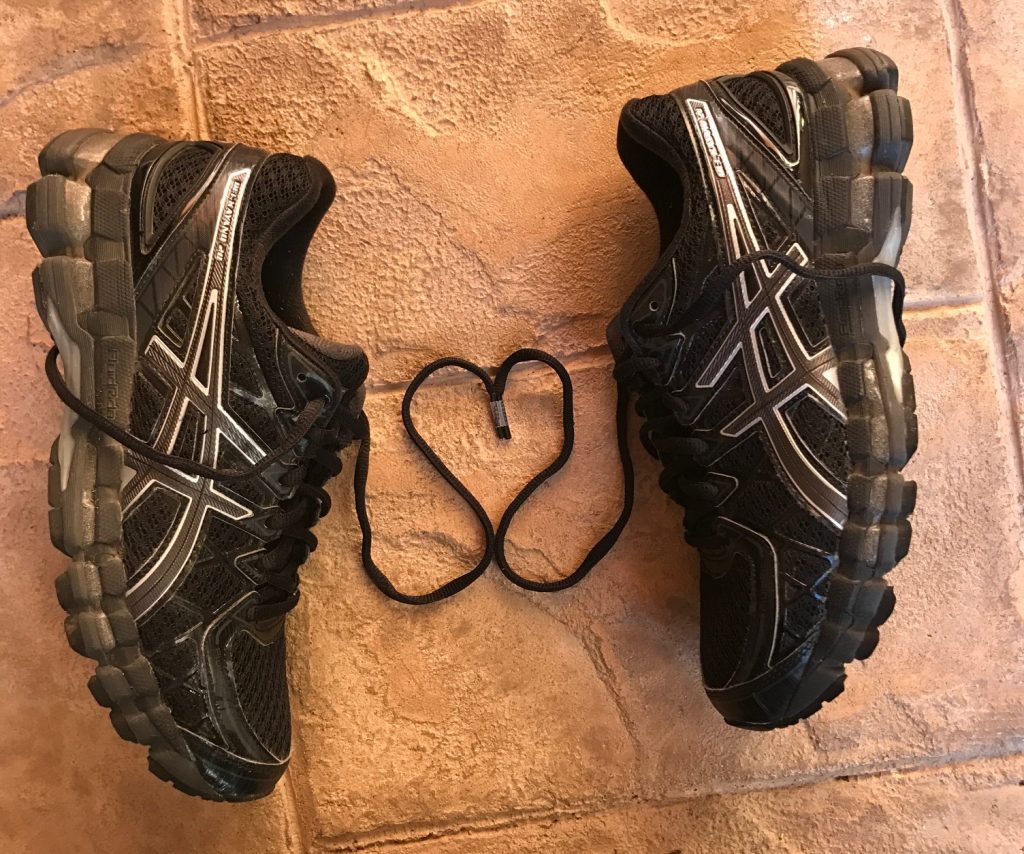 Many of my friends were on the track team, so twice a week I joined them on the school’s dirt track. We ran around a big grassy field where the football team practiced.

On each rotation, I waved to my best friend as she practiced her cheers with the cheerleading squad.

Then the unthinkable happened.

The coach asked me to join the track team.

Lacking competitiveness, discipline and any semblance of team spirit, I, of course, said, “Yes.”

No, it wasn’t my love of running that made me do it. Or that the donuts were literally melting off my body.

There was a boy.

He had a thick mop of dark hair and freckles that lightly sprayed across his cheeks and braces that glistened in the sun. He was smart and sweet and promised to help me with my math homework. He also made me laugh.

So I let him run with me.

Not surprisingly, my stint on the team didn’t last long. For me, running in a race is tantamount to showing up naked for school. The only thing worse is wearing the prison grade athletic uniforms.

Can you have PTSD from chaffing?

The one and only meet I ever ran in, I broke Rule #1 from the running handbook. I made the mistake of looking over my shoulder before the finish line and I choked. Not just a little, but in grand style.

Now maybe I just didn’t have the killer instinct in me, or I just didn’t want to win badly enough. I’ll never know. The scene nauseatingly replayed hundreds of times in my head of my wigging out at the finish line.

To say the coach was eager to let me go would be an understatement. But there was someone who would miss me.

I didn’t have to think twice when he asked me out for ice cream.

We went to Clancy Muldoon’s and sat across from each other in a red leather booth. He had rum raisin. I had chocolate chip. We talked for hours. I liked the way he looked at me, like I was the prize.

He teased me about the future of my running career. And I made him make good on the math tutoring. (My math scores were better than ever. My parents were thrilled.)

Lesson learned: You never know where life, or your feet, will take you. Don’t be surprised if your heart follows, too.