Most parents of typical toddlers are constantly challenged, mentally drained, and extremely exhausted. Not much changes when you’re raising a teenager. 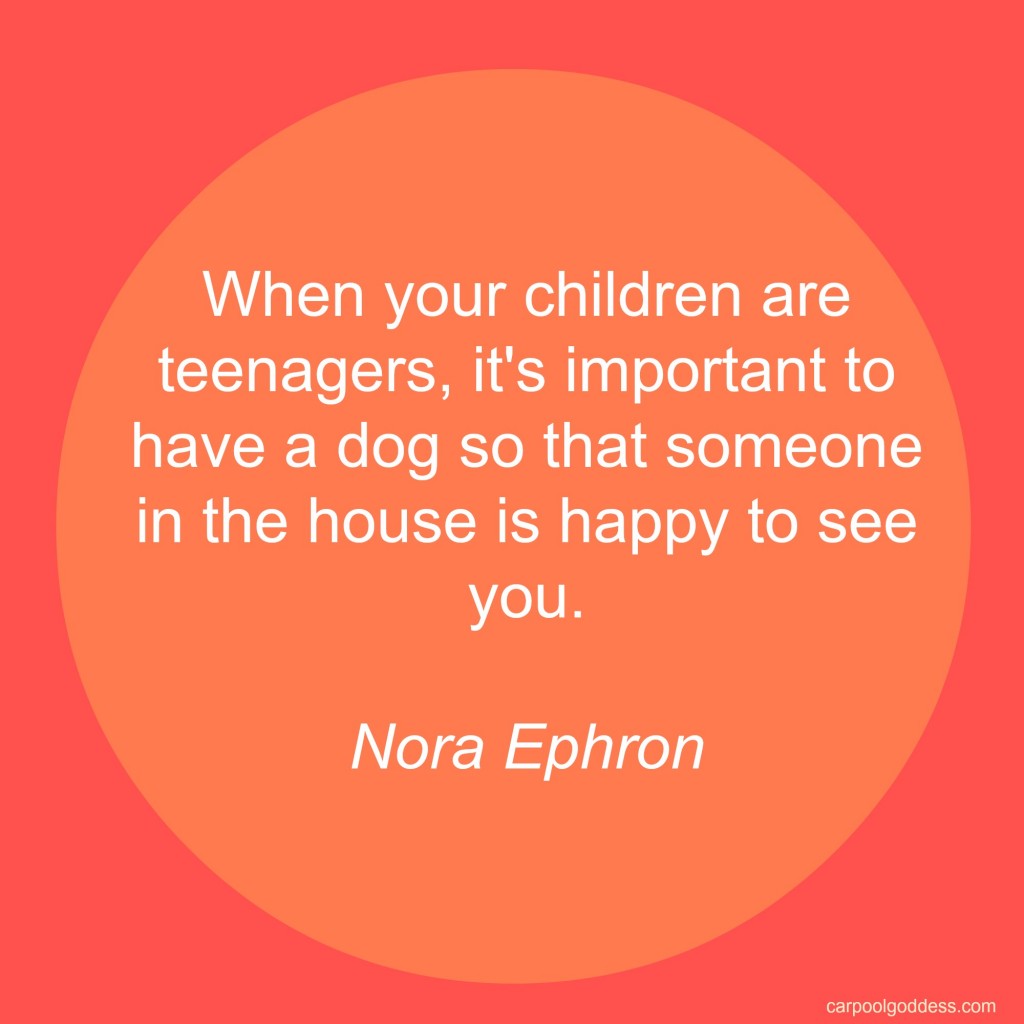 Though unlike the “Terrible Two’s,” teenagers are extremely verbal and, while you will still hear the emphatic “NO,” are like well-versed little lawyers: ready, willing, and able to defend or plead their case. Just because they can feed themselves and, thankfully, wipe their own tushies, doesn’t make you home free. You still worry about what they eat, what they drink, if they play nice with others, and pray they sleep in their own beds.

Here are 10 more truths of parenting a teenager:

Curfews are meant to be broken.

Taking a page out of my parent’s handbook, “Better late than never.” There really is no excuse not to call or text since their cell phones are – if they’re born after 1990 – practically second skin. However, you’d rather they be late than driving like mad to get home on time. Deep breaths help while you wait.

No, they don’t really hate you, no matter how many times or how convincingly they say it. They just can’t think of anything else as potent to say. The sooner you get used to hearing it the better.

But, everyone’s doing it! You’re so unfair!

Not everyone is “doing it, going there, or even allowed to do it.” Teens have been successfully pitting parents against each other for years. Don’t fall for it.

One day you’ll have a kid just like you!

Your parents warned you you’d have a child just like you. And they were right! (Don’t ask me how I know.) What they didn’t tell you is that it would be YOU x 100.

Say the opposite of what you mean.

Say “No, you mustn’t,” and no sooner do you turn your back, chances are they’re already doing it. Every. Time. Pick your battles wisely.

Why, yes, yes I do. In fact, my generation, or maybe it was my parents’, or the generation before invented that. So, yes, I do understand and the answer is still NO.

Can I Borrow This?

If you have a daughter and, if miraculously, she actually likes your taste, she will go shopping in your closet and will set her sites on your most precious possessions. Lucky for me by the time my daughter was ready for heels her foot was larger than mine. My handbags are not as safe. All I ask is that they come back in the same condition as they left. So far so good.

They want you. No, I really mean it.

They want you (and need you) in their life more than they will ever let on. You may feel as if you’re only an ATM or a chauffeur, but don’t be fooled. They love you and need you more than ever. Just don’t ever expect to hear it.

Baby you can drive my car.

If they borrow the car it will most likely come back without gas and quite possibly smell like French fries, sweaty socks, or worse. I’m just thankful they got home safely with the car and themselves in tact. As I said, pick your battles wisely.

A little bit of humor goes a long way.

Especially when trying to diffuse idle threats. If your teen leans toward the dramatic- and honestly, whose doesn’t- and threatens to run-away because “you are so unfair” or the “worst parent ever,” though you know (for sure) they would never leave the safety and security of home and an open wallet, not to mention a well-stocked pantry , smile, and say, “Great, I’ll help you pack,” then hum excitedly as you make your way to the storage closet full of suitcases.

Start begging or insisting they stay and you’ve turned this into a test of wills they might feel they have to make good on. Instead, let them save face and get annoyed you’re not taking them seriously. They’ll also be relieved. They just want to bitch and moan. It’s part of the territory.

I say this with authority (though take it with a grain of salt) my attempts at running away got me as far as the edge of our driveway. Instinctively, I knew I wasn’t going to get very far with a suitcase full of stuffed animals, two dollars and a bag of Oreos. I just wanted to be heard. Your kids do too.